The catalog Imperatrix is based on the catalog contained in Manuel Mozo Monroy´s book entitled “Enciclopedia de la Moneda Medieval Románica, ss. VIII-XIV”, volumes I, II and III” (Encyclopedia of the Romanesque medieval coin in the kingdoms of León and Castilla, ss. VIII-XIV) having its own development and independent of it. IMPERATRIX came into being to serve as a useful tool in order to easily identify and classify any Christian medieval coins from the kingdoms of León and Castilla between the VIII and XIV centuries.

Researchers, institutions, archaeologists and private collectors will benefit from public access to this catalog. It is presented with the main objective of enriching the scientific outlook on Medieval Numismatics. The completed online catalogue dates from first coinage of Alfonso VI (1085) expanding from Pedro I up to the coining of Princess Isabel (1474) and thus chronologically closing the catalog of Christian Medieval Ages of both kingdoms.

Due to the evolutionary nature of the investigations, this catalog will be periodically reviewed and updated in order to include new types and numismatic variations discovered or those which have appeared in auctions. From a methodological point of view, future cataloging works will be subjected to a constant process of historiographic and hermeneutic review of sources and bibliography, in order to include coins from archeological discoveries or new coins that may appear , such as from private collections, museum specimens, or coins auctioned by numismatic trademarks.
These revisions will be under the direction of Dr. Ana Serrano PhD in History of Art, specialized in “Methodologies of historiographic research”, a highly experienced professional with extensive experience in numismatic cataloging and management systems for historical heritage such as DOMUS and SIPHA.

The web version of IMPERATRIX is therefore a joint work due to the effort and knowledge of Manuel Mozo Monroy and Ana Serrano Hernández.

The nomenclature used to identify each piece is preceded by an abreviated code for the issuer´s name, followed by a number referring to its typology and another number that identifies the variant. Examples: 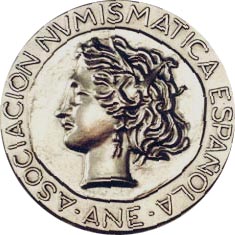 This website uses cookies to improve your experience while you navigate through the website. Out of these, the cookies that are categorized as necessary are stored on your browser as they are essential for the working of basic functionalities of the website. We also use third-party cookies that help us analyze and understand how you use this website. These cookies will be stored in your browser only with your consent. You also have the option to opt-out of these cookies. But opting out of some of these cookies may affect your browsing experience.
Necessary Siempre activado

Any cookies that may not be particularly necessary for the website to function and is used specifically to collect user personal data via analytics, ads, other embedded contents are termed as non-necessary cookies. It is mandatory to procure user consent prior to running these cookies on your website.